By the summer of 1990, Mike's dad, L. Owen Bolinger, had four grandsons. They were also lake buddies who spent much of their summers together. This is one of my all-time favorite photos. I'm not sure who purchased the hats, but I know that the boys were young enough that they posed without a peep. 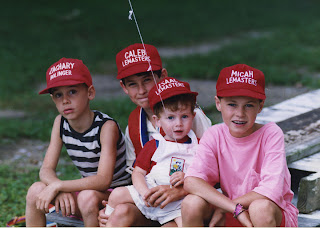 About 10 years later, some on both sides of high school, we talked them into another shot. 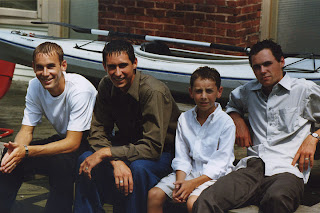 And just last week, in some of the hottest days of the year, Mike gathered the troops to the picnic table for another entry. 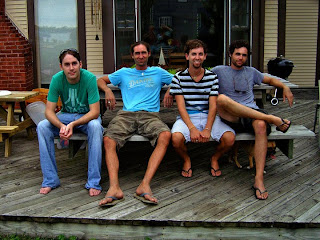 In an upcoming post, I will entertain you with some exploits; you will have faces to match with names. 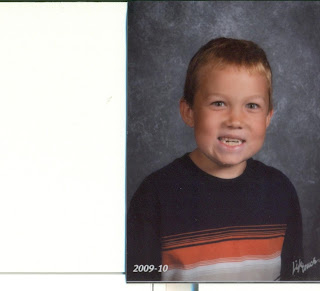 BTW: full disclosure. Another grandson appeared, sometime between
picture 2 and 3.
He is Alex Bolinger, the darling of all of us and a 3rd grade star.

Try to stay cool, ya'all.
Posted by BolingersCottage at 8:01 PM