This is what our daughter says about her family of origin: she means that her parents put up with things that don’t work or that work just well enough to get the job mostly done. Around here, a great many do-dads and what-nots operate at less than maximum mode.

We use the thing until it absolutely doesn’t work or we lose it or we try to use it and mess it up.

We have an idea about security: we're fer it. We're just not good at it.

We have a sort of thing that opens the garage doors from inside the house. It’s only about 2” square. It’s easy to lose; the battery (or whatever) is so weak that you must press it, wait, press it again, wait, and then give it a BIG squeeze to open a door 50 feet away. So, it works.

Could we get something else? I bet we could. But until this breaks or gets permanently lost we cannot find it, this little gizmo will open our garage doors.

We used to keep one garage side door unlocked. Then, one evening, several kids broke in (does it count if it wasn’t locked? (SO us)) and stole a motorcycle. The thieves tried to move it through the door, knocking the mirrors off. They did not notice that the key was in the ignition (SO us) and so walked it several blocks and then tossed it in the weeds.

We got it back and fixed the mirrors. The hub purchased a major locking padlock that fitted into a hinge. Then, he lost the key. So that door is REALLY locked. Good thing we can open the garage doors!


Keys – old, new, used, never used, colored, mystery – keys are an issue. That may be genetic. When my father-in-law passed away, he had a deep box full of keys. Unlabeled. Given enough time, we can unlock anything.

Combination locks: we have a collection. And on various book jackets, slips of paper, and address notebooks, we have combinations. Lots and lots of 3 number secrets. Most are not labeled to their locks.

Then, there's an ongoing challenge with electronic media.

Televisions make me shake. I believe you cannot purchase one now with a manual control. Or it's well-hidden. The one I have in my classroom is not even all that new but if you lose the remote, you’re in trouble.Or if I accidently push the wrong button, I get all sorts of menus….”Input” “Default” or “Something I Don’t Understand.” My students know that if they don’t jump to my aid. I’ll just turn the whole thing off and bore them with the lecture. They are well-trained.

Then there’s our television at home…do you still call it that? The hub purchased a big 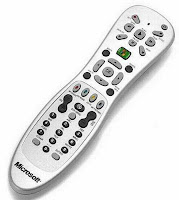 screen TV and we hooked up major cable…do you still call it that? With it, the technician handed me a silver remote with many, many, many buttons.

Plus they gave us two black remotes. Even MORE buttons. I grabbed the installer and would not let him leave until he taught me how to turn it on and turn it off.

“What about the others?"

“Just don’t touch the other buttons. As for the other remotes, just put them in a drawer and leave them alone. You’ll be ok.”

After he left, I deftly demonstrated me new skills. The hub seemed content to let me be the Power Ranger of the new TV.

Alas. In the middle of the night, the love of my life landed an elbow into my side. “There’s something wrong with this TV.”

I rolled over. To my horror, he had found those other remotes and was punching away.
My go-to plan is to turn off. I turned it off. Then I took the black remotes away. “We’re not supposed to touch these,” I said.

The middle of the night is no time for philosophical discussions.


I was able to turn the TV back on. Red button.


Since then, I have enlarged my skills and now, sometimes, I can DVR (!) and find my way to On Demand.

In my lifetime, a car radio was an option. You could get a car with a blank dashboard. If you went for the electronic option, you would turn on the radio (click the nob to the left), you could dial in a station (manually turn the other nob) and then set that place by slipping your pinkie under a button, find a hole, pull the button out and then push it back in. That locked in that location until you wanted to change it.

Today, we both have car radios that are much more complicated. You need to rest the instructions on the seat and work through 5 pages, step-by-step, to change channel choices.
Until Indiana joined the rest of the world and adopted Daylight Savings Time, we did not have to change the clocks. Now we do. THAT takes another session with the directions.

Or we could move to Arizona. Toss up.

My car clock is currently 5 minutes slow. It’s almost time for ‘Fall Back’ when I’ll have to dig out the booklet, so I live with this wrong time shining at me from the dash. SO us.

Mike’s radio/clock/CD/GPS/microwave (kidding) (I think), is much more complicated. You’d think, wouldn’t you, that to change the time, you’d press the CLOCK icon. You’d think. That only makes things flash. You still have to figure out what nob or button or dial will change the minutes and seconds, and set AM or PM.

We have more than a few small radio/CD players that we cannot use. We cannot figure out how to change channels. Occasionally we get frustrated/motivated and give it a go. Luck and persistence sometimes gets us a channel change. Sometimes. But it's hit or miss.

So, is it any wonder that the hub has a small clocked radio/CD/alarm clock by his bedside that has perplexed us both for quite a time.?

Several, several years ago, when he needed it, the clock got set to go off at 7:00 AM. It would buzz, slowly at first, and then accelerate to a whine and then a loud, long beeeeeeeeeeep. If he was slow to respond, his reward that that beep. It was annoying enough to get him to slap it off before that happened.

It’s a cheap clock and it is about 10 minutes fast. AND it still was going off every day at 7 AM

It’s been almost 3 years since the hub needed to rise at 7. The clock still sounds the alarm.
I asked him if he would like to turn off the alarm.

However, what did we find inside the drawer right under the clock? The booklet. (Notice: near the clock. What a concept!) The one that shows how to set the clock AND turn off the alarm. I report that the hub figured it out. We no longer get the alarm.