A New Wrinkle and New Toys

Mike began his new chemo regime so we wrote off weirdnesses to 'side effects.' First, he was exhausted. Then, he climbed out of bed hungry and thirsty. Again, we assumed he was making up for the day before.

He worked on his new boat while I was at school. Then, in the evenings, things really got crazy. Twice, middle of the night, he nudged me and asked if McDonald's was open. Well, yes, our local is 24/7. Is America great or what?
"I want some hot cakes," he said. 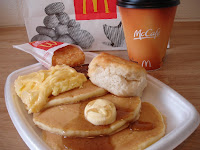 "No, that's too much work. Can you go and get me some from Mickey D's?"

Well, sure. On with the sweats, out to the car, down the street to the Golden Arches. He devoured them (the hotcakes).

We had a repeat on Wednesday night. You might question the choice of errand boy. But, right now, I like to do for him when I can. (I get the coffee) 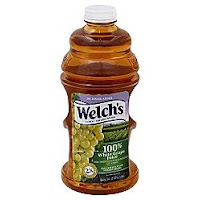 Also, during the day, he was thirsty. Really thirsty. We purchase some of those 2 liter juice bottles and he was chugging them; we ran out of our supply of white grape and cran-apple. (Gourmets here)

Then, when I came up the drive on Thursday, he greeted me by standing in front of my car. He had a strange look in his eyes. I rolled down the window.

We drove about a mile before I raised the question. "You can drive, right?"

"And we have, what? 4 friends nearby who will come over anytime, right?"

By then, we were turning into the parking lot of pasta paradise. Into the shop. He ordered fettuccine Alfredo and sucked it down.

Feeling a bit better, it was time to talk.

"I think I'm really dehydrated. I'm thirsty all the time."

"Do you think you should call your doctor?"

Mike said that he would go out to the hospital in the morning. His thought was that they could give him some IV fluids and he'd be fine.

The next day, I received some messages. From Zach: Dad wants you to know that he's at the hospital. Hmmmmm. I assumed as much.

Then, Tom called the school and they put him through to my classroom. His message was that Mike said I should not leave early (SUCH a Bolinger!) but I should come out to the hospital as soon as school was over.

Hmmmmmmm. This is NOT IV fluids. It would have been easy to leave early, as my department head suggested, but I'm still the good wifey so I waited until 2;30.

Mike was lazing in the chemo treatment room. Then the news.

He has developed 'full blown' diabetes. His glucose was 'off the charts.' (As a non-scientist, all those numbers mean very little...except I know MY numbers are good...around 90.. and his were over 1000) They wanted to admit him to get his 'numbers under control."

He was NOT happy. He was adamant that he would NOT stay in the hospital after Saturday. He was scheduled to speak at our church and he was not going to miss it.

First came the Diabetes Educator. As she talked, the patient was NOT happy. He asked no questions (I did). Then came the Diabetes Specialist with more information. Then, Angel Oncologist. NOW the hub had plenty to say.

"Of course you are."

She's developed a relationship with THIS incarnation of the hub. She convinced him that spending the night in the hospital would help him clear his head.

He sent me home. He was NOT happy.

I sent out a quick note to family and pastors and asked for prayer for us in this special challenge. God showed up, as He always does.
We both needed a good night's sleep. With another beautiful autumn day dawning, I knew that we would attack this challenge like we have everything else. Mike's rest helped him, too.
I went to the grocery store with my notes. He had a quick lunch with Tom. And so begins our new adventure...planning, poking, reading, medicating...

Mike has the icky part. Mike often speaks of TOYS. He has a whole new set of toys.

I get to renew some dusty skills on meal planning and nutrition. We will both be healthier so this is all good.

Thanks for your continued prayers as we tackle this new challenge.
Posted by BolingersCottage at 7:12 PM