A Former Columnist Finds Her Voice

Long time friends may remember this:

A while back, I authored a self-syndicated newspaper column. It began as an overly long letter-to-the-editor to our local newspaper. There was some education issues about which I wished to opine. (By the way, I was using that expression waaaaay before Bill O’Reilly.)

The editor called and asked me to come by. I did.

“Do you think you could do this every week?” he asked, waving my copy at me. He had marked up the copy and THAT discussion would come later.

I said that I did not know but would be willing to give it a go. And a go is what I gave. Newspaper columns have been my favorite reading material and I found that even in first draft, I would bring mine in within the 600 – 800 word range. 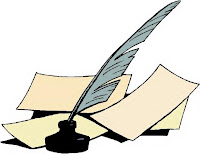 At the beginning, I had about 10 ideas that I could spout off about. Then, a few more topics came up, like the time I sat in on a parent conference and realized how much simpler and quicker it might have gone if all parties had prepared. (I don’t believe that teacher preparation covers parent conferences.)

And then, as a part of my brain wrapped itself around the concept of WEEKLY, I began to cull ideas from newspapers, magazines, television, movies, my classroom, and just about everywhere. I developed my personal writing method.

My most useful prewriting tool was a small spiral notebook with pockets. I could carry it anywhere and scribble whenever an idea arose. I could clip out snips of stories and tuck them into the pockets for later retrieval and idea jotting.

After a while, my brain was always on in one small place, looking for and developing ideas for my columns. I found that my writing method was to jot out a rough outline in long hand and then type up these major points and fill them in.

I had a deadline, always in the mix. And I knew that most of my newspapers, understanding that I was an English teacher, would take what I sent them and print it without editing. I knew that some readers would be subconsciously looking for English teacher mistakes and that made me even more careful with my proofreading.

I also learned that an important part of my process was to time myself so I had at least 24 hours from the time I thought I was finished until that deadline. I learned that if I put my article away, somewhere out of sight and mostly out of mind, I could make a final read and either find mistakes or correct areas of weak organization.

In school, we try to teach ‘The Writing Process.’ What I found is that you have to write quite a bit to discover what works for you.

This worked for me.

Now, we all know that God doesn’t waste anything.

I had thought that my 10 year column-writing career was, first of all, a nice challenge for me. Just enough stress to be interesting. I also saw that by writing regularly, I was growing as a writer. I could see my speed, my use of strong verbs, my organization and my thought processes all improving. I also drew the opinions of my peers, my students, local politicians – sometimes in agreement; much of the time, they took issue.

And, most importantly, my regular writing helped me become a much better teacher of writing. Frankly, I’m most interested in being a good teacher.

Fast forward to the spring of 2009. The stress of Mike’s diagnosis sent us spiraling. Our heads whirled. Our hearts ached. The doctor said. The tests showed. The results predicted.

The rattling around inside my head worked to keep me confused and unsettled.

I definitely was an unsafe driver.

Then, a friend suggested that I start a blog. We were fielding so many phone calls every day, seeking updates. We have numerous, concerned friends who wanted to join us by praying for us. Few of these intrusions were meant to upset us but they became untenable.

My friend explained that I could direct callers to our blog and there I could post up-to-date, accurate information. What a great idea.

So, in May of 2009, we began our blog, Bolingerscottage.com, where you are right now. Over the last months, readers have traveled with us. It remains very satisfying and a great way to update with our friends.

But what I discovered mostly is that those 10 years of weekly writing had trained my rather scattered brain to organize thoughts into coherent communication. I could go from flustered to fluid by drawing on honed skills.

So, right now, as we enjoy our life, we have nothing medical to report. Mike’s newest chair just met its cushions. Pictures will follow soon. It’s awesome.

And me? I’m back in my classroom. Actually, God made it clear in the fall of 2009 that I should return to teaching. While home, cancer was a boulder that we lugged around. When I went back to KHS, I had to divide my attention into 150 parts; cancer became a pebble. It’s still there but it’s lost some weight. 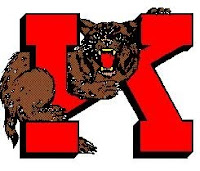 One of the ways that God has gifted me: I am a strong compartmentalizer. I can place concerns in their cubicles and deal with each individually. So right now, SCHOOL and those 150 kids fill up many cubbies.

So, much of what I’ve been drafting has to do with school. I may resurrect that newspaper column after all.
Posted by BolingersCottage at 2:35 PM