Then and Now or What Was I Thinking? 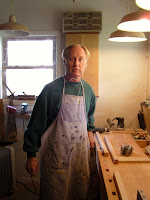 The alarm CD would go off at 7:00 am, usually with a tune by Bob Marley and the Wailers. I figured out that you cannot go back to sleep with a reggae beat echoing through your bedroom. I would get up and head to the kitchen, where I would throw a boil-in-bag of rice into a pot of water to boil. Back to the bedroom where I would make the bed. Then to the bathroom where I would shave, shower, wash my hair, and brush my teeth while standing in the shower. It is quicker doing all at once. Out of the shower to the bedroom where I would get dressed in the clothes I laid out the night before. I did not want to waste time looking in the closet for something to wear. After dressing, out to the kitchen where the bag of rice was boiling. Slam it down with a banana and my heart medications and I was out the door to work. Altogether, I had this down to 25 minutes.

Most mornings I had to be in another county for court. Peru and Logansport courts started at 8:00 am, while Kokomo did not start until 9:00 am. I could be in Peru or Logansport by 8:00 am and back in Kokomo by a little after 9:00 am, usually. If I was running late, the girls in the courthouse were good about taking care of me.

While driving to court, I was usually on my cell phone, a file open on the passenger's seat, steering with my right knee. I got so I could easily drive 75 mph this way.

As soon as I got back to Kokomo, I was met at the office door by one of the four secretaries who would say, "Go! They are waiting on you!" I would almost run to the courthouse, reviewing the files as I trotted along.

Court was usually done about 10:30, so back to the office I went to answer the mail. Appointments were scheduled at 11:00 am through 12:30pm, so I had enough time to get to court out of county, if I needed to. While driving, I again was on the cell phone dictating letters or legal pleadings that were needed, or returning calls from a list the secretaries made up.

Back to the office about 3:30 pm for the appointments which were double-booked every 15 minutes. Done at the office about 6:00 pm. Then off to the YMCA to swim my mile. Then home for dinner about 7:00 pm.

Most of the time, I skipped breakfast and rarely had time for lunch. Often dinner was the first meal of the day.

The simple truth is that I loved this hectic treadmill. The best days were when I could say that not one minute was wasted. It was all productive. It made me a lot of money. And that was the point, right?

And then the cancer thing happened. Suddenly, my schedule was not all that important. Suddenly, my work was not all that important. Suddenly, I did not care too much about making a buck. I will not bore you with the details, except to say I decided not to play lawyer anymore. I gave away my office building, parking lot, and everything connected to the law practice. I figured I was dead, so why not get rid of this stuff? I figured that the Kokomo Rescue Mission, located at the rear of my property, could use it. I had 90 days left on this earth, they said.

Except I did not die on schedule. Ha! I am still here! And now……

Yesterday I woke up to Harvey Reid playing a pretty acoustic guitar slide tune. I got up and walked into the kitchen to have some boiled rice and a piece of toast, while I read the newspaper. I petted and talked to my dog, the Iverson. Then I took a ten minute hot shower and made the bed. I put on my jeans, which I had worn for 3 straight days and clean undies and a t-shirt. Out the door I went to sign a contract to teach at IVTech. I took the Iverson with me. After signing the contract, I headed to the oncology center to get some medical reports for my flight surgeon, so I can start up my aerobatic flying again.

From there I headed to the motorcycle shop, where everybody plays music and a guitar and amplifier are always available. I hung out for a little while and headed home to work on a walnut sofa table I am building for the lake house. It is such a pleasure to stand in front of my workbench and look out through the picture window, as I plane or sand the wood, all the time being guarded by the Iverson, who is there to be petted frequently.

I got a cell phone call from a friend who wanted to have lunch, so I packed up the dog and off to lunch I went. After lunch, I stopped by a local guitar shop to see how the owner was coming on a guitar he is building.

On the way home I stopped at another guitar shop to talk to the owner, a former client about a business matter. His shop is loaded with the finest acoustic guitars money can buy. Since he had a student who was there for a lesson, he handed me one of his favorite guitars and suggested I go into the auditorium, sit on the stage and play this guitar. So I did. After about ten minutes, I thought I had better get home. Then it occurred to me that I did not have to get home at all. So I stayed played another three or four guitars for an hour.

I went home and resumed work on the sofa table. Iverson rested on the dog blanket in the shop. Sitting on the stage, playing old blues and ragtime tunes was just plain fun.

Lynne came home and fixed dinner. We talked for awhile. I cleaned up the dishes and the kitchen while Lynne took a shower and went to bed. I played my guitar for an hour, showered, and climbed into bed.

As I lay next to my beautiful, warm wife, I told her that this was the first day in 33 years that was a delight to me. There was no stress; I accomplished a few things; I played music; I hung out with friends and spent time with my dog. It does not get better.

I told her that since my recent tests were clear, maybe I would ride my motorcycle to California or take a week and hike a part of the Appalachian Trail. Since I am rid of that awful office these things are not just daydreams, but are possibilities now.

My shrink told me the other day that his experience with counseling terminally ill patients was that a small number came vibrantly alive in their last days. He said they spent much of their time doing what they felt was truly meaningful to them, deriving great joy from these little things. I now understand this at least a little bit.

My pastor once told me that the Lord delights in what we do if it is done to honor Him. I would not want to say I am a great Christian, but I have a little bit of understanding about what he was talking about. When I build furniture or play music or hang out with friends, or talk with my wife, those are meaningful things to me and are what we all should be doing when the opportunity arises. I hope that these things make the Lord smile. I never did any of that before. I was always working.

I think I missed a lot in my earlier life, but I am trying to make up for the loss with the time I have remaining. Old dogs can learn new tricks. Iverson said so and dogs cannot lie.

Mike out.
Posted by BolingersCottage at 9:21 AM