It’s not uncommon to compare ourselves to others. When we think someone ‘has it made’ or is in any way ahead of ourselves, we forget that our view is relative and limited to our personal position.

I had a roommate in college who was one of the most spiritual people I’ve ever met. No matter what discussion we might have, she’d point out that MY position was biblical and then quote a relevant passage. I lived with this girl during an entire year and never, never, raised her ire. She had the sweet spirit of love for God’s children, including a most challenging bunk mate.

Once in a while, I would even go after her, trying to get a rise. It never worked. And it wasn’t as if her spirit was obnoxious or annoying. It was just pure and sweet.

Near the end of the year, after we had learned to live together and she had held my hand through a difficult time, I confessed to her, “You are the most God-like person I have ever met.”
I’ll never forget her reaction. She burst into tears, sank to her bed, and said, “Oh, Lynne. You have no idea how sinful I am.”

I was humbled. It’s a lesson I’ve never forgotten. What I learned that night is that, as we live this life and try to be conformed to the image of Christ, the closer we get, the more clearly we see how far we fall from the mark.
So whenever a blog reader comments on our strong faith here, we are also humbled. We struggle to hold tight to what we know is true, that we belong to God, that He loves us, that He is in control and that His plan is the best plan.

There was the diagnosis in early April and our returning home to plan for the end of Mike’s life. I remember one dark evening as I sat with my pastor, saying that I wished I had savored Christmas and Thanksgiving, as those may have been our last together.

From his bed Mike said that if he had more time, he’d love to go to Florida and drive a convertible down Highway 1 to Key West.
We cobbled together a trip to Deal’s Gap but Mike’s health post surgery just wouldn’t allow it. He regretted that he would never ride on The Tail of the Dragon again. 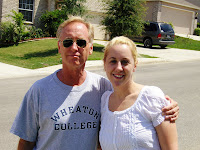 Mike thought he should list our lake cottage as we would not be spending any time there. We traveled to Fort Knox and San Antonio on what we called our Farewell Tour. Mike began making me a desk which he assumed would be his final project. Zach, putting his life on hold, moved home to help us, mostly me, as I would be closing up the house.

People dropped by, to have what we came to call their “last words.” Friends dropped by with food and offers to help. We got fed. We got mulched. We got mowed. We got loved.

Would we see our 35th anniversary in June? Would we get to spend any time at the lake? Maybe, but probably not, we’d celebrate Mike’s making it to his birthday in August. Wouldn’t that be amazing?
Mike regretted that he hadn’t spent enough time with our son. Having Zach move home would give him a bit more time. But his big wish…that they could play together…THAT would never happen.

Church leaders had approached Mike to teach a class this fall, in October. “I’d love to,” he said, “but I won’t be here.”
We worked together on closing down our usual habit of planning events in the future. We figured that we should work to live each day, as it comes, and not think too much about tomorrow. If the next day arrived, we would live it as it came.

And so as we learned to lean on Him, God’s blessings have fallen on us around here. Friends’ prayers for miracles are causing us to form a list and to plan for more next days. 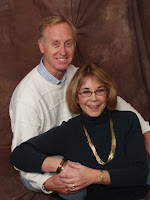 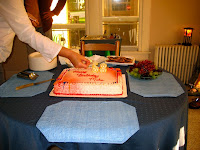 Here we are in late October. Zach and Mike played together at the Beatles Concert. 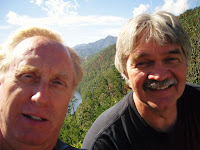 Mike and Dale took another trip to The Gap. Check and check.
Mike’s class (check), How to Stay Married if you Really Want To, will hold its 3rd and final meeting on Wednesday. And that trip to the Keys? Upcoming. Convertible reserved.

My desk, a massive and glorious thing, now has a matching custom chair and, I believe, a bookcase is coming.
Thanksgiving plans are set. And we’ll hug grandbabies over Christmas.
And so we take a step of faith: In January, we’re ALL going back to school. Mike will be teaching at the community college…he’s really a gifted teacher. Students are pleasantly surprised to discover his dry sense of humor, and drawing on 30+ years as a lawyer, he can illustrate most points with fascinating examples.
Zach will return to IU to finish up. I will step again into my classroom at Kokomo High School.
It is our statement of faith in what God has shown us. It forms an aura of normalcy here at the homestead.
It is our looking toward 2010.
Posted by BolingersCottage at 3:52 PM