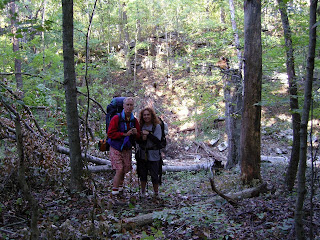 I recently posted a blog entry about my remarkable sister, Lisa, known also as The Wignet. I spent several weeks thinking about the stories about her that I wanted to include in the piece. Immediately after posting, I got several phone calls from friends who informed me that I had left out the best story of all. I hate to admit it, but they were right.

So, here is the best story of all on the Wignet. Before you go on, let me say that those of delicate religious sensibilities, particularly Catholics, had best read no further. I figure the Lord knows when I am joking and He likes a funny story, too. Here's what happened.

It was the beginning of winter on Winona Lake. The Hobstetter's, who summer in the house next to my sister's house, had closed it up for the winter. My sister noticed that an unnamed, stray cat had taken up residence in one of the concrete window boxes around a basement window in the Hobstetter's house. Lisa immediately began to feed the cat daily. She also put old rags and dried leaves in the window box to keep the cat warm.

Try as she might, Wignet could not befriend the cat, who refused to have anything to do with humans.

One day after school, Wignet's youngest son, Isaac, ran in the back door and shouted that the stray cat had been hit by a car and was lying dead in the street a block away. Lisa quickly asked him to take her to the cat to get the body out of the street. As we all know, there is a certain demented part of the population that takes delight in running over cats, be they dead or not.

Isaac and Wignet arrived at the scene and, sure enough, the cat was lying in the middle of the street. Wignet told Isaac to run and get his brother, Caleb, who was to bring a snow shovel. Isaac was told to get an old piece of carpet out of Hobstetter's trash barrel and bring it back, while Wignet would stand watch over the cat-corpse.

Isaac and Caleb arrived shortly and Wignet told them that she would lift the cat up, so Caleb could scoop it up with the snow shovel into the carpet held by Isaac. They would then bury the animal. 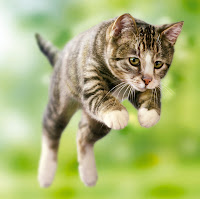 Wignet approached the cat, stooped down and started to pick it up by the tail. At which time the cat opened its eyes, let out a blood curdling howl, lept to its feet and ran off between the houses, apparently thoroughly irritated that humans had messed with it. Wignet, Caleb and Isaac stood there shocked and speechless at what had just happened.

Wignet immediately said, "I did not. The cat was simply knocked unconscious and it regained consciousness. I did not heal the cat!"

Caleb stood silently for a moment and then said, "You didn't heal the cat. You brought it back to life just by touching it with your hand. That is really cool, Mom!"

Wignet said, "I did no such thing. The cat wasn't dead, at all."

Caleb said, "All I have to say is that cat was deader than a doornail, you reached down and touched it with your hand and it came back to life. I was here and I saw it. That is my story and I'm sticking to it. You resurrected the cat."

You can imagine how fast this story shot through the neighborhood and the family. When I heard the story a few days later, I called Wignet to tell her I had heard about it. She moaned that she was never going to live this down and the story seemed to have a life of its own. I asked her to tell me what happened. I then told her that was not at all the story I heard.

Wignet groaned and asked, "What did you hear?"

"Well, "I said, "I heard the cat was not quite dead, but was badly injured and dying. I heard that in the cat's last effort to live, it reached up with its paw and touched the hem of your jeans and that is when it was healed instantly."

"You are disgusting, Michael; God will get you for that!" said Wignet.

"Maybe so, but as I see it, you either resurrected the cat or you healed it, either way you are a Saint. By the way, that is what we are going to call you now: St. Wignet, Healer of Cats."

"By the way, you ought to name the cat Lazarus," I said.

Posted by BolingersCottage at 8:21 PM