Monday was chemo day again. And I took the day off as I had a doctor’s appointment so I got spend time with Mike and the angels who care for him at the oncology center.

The treatment room is a large, semi-oval room with windows around the outside. Just inside the glass are large, plush, cream-colored loungers, separated by curtains and walls. Each little cubicle has a television, a few chairs and a cabinet for books and magazines. You almost don’t see the chrome metal stand from which holds plastic bags with various fluids.

In Mike’s treatment, most of the three hours is about liquids other than the chemotherapy: hydration, anti-nausea med, and a few other things.

Mike’s doctor dropped by as the treatment was coming to the ends. She was smiling large with news. Mike’s tumor marker had dropped.

Here’s the liberal arts, concentration-in-literature, explanation: most of us have a certain protein in our bloodstream. Normal levels are below 30. I don’t know 30 what. Just 30. Raised levels don’t mean a cancer diagnosis but such a reading would send a doctor looking for an explanation.

Apparently, that number had begun to rise. When we began the chemo, Mike was up to 200. Dr. Moore’s hope was that chemo would keep the tumor microscopic for as long as we can. We know we are buying time.

Our good news is that, right now, it’s 75. What that means is that the chemo is doing what we hoped it would: it is attacking cancer and slowing its growth.

Much celebration at the oncology department. 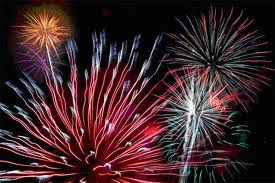 One of Mike’s new friends was in the next room. This time, he only puked once. Usually, he throws up 5 times. So, it was time to celebrate.

And I found myself thinking about how great it is to live looking for real things for which to be grateful. I’m going to work on that.
Posted by BolingersCottage at 6:24 PM